GPS tracker device maker ATrack Technology expects its revenues to expand by 50% on year in 2018 driven by growing sales of its 4G LTE satellite positioning devices and the introduction of diverse and innovative products in Japan and China, according to company chairman Frank Tang.

Demand for 4G LTE satellite positioning devices in North America has been increasing robustly since 2017 following the implementation of new rules to combat fatigued driving, persuading ATrack to set up a subsidiary in the US to fully take advantage of the rising business opportunities, Tang said.

Meanwhile, the 4G LTE positioning device market in Japan is still in its initial growth stage and will begin to grow more robustly from 2018, Tang noted, adding that the company's subsidiary in Japan will also begin full operation in March, further facilitating its sales in the market.

Since there is also a growing demand for fleet management solutions in China, Tang continued that ATrack plans to team up with local strategical partners to jointly explore the massive market in China.

To avoid price competition in the purely GPS device market in China, ATrack is also tying up with Taiwan-based SkyEyes GPS Technology to develop integrated hardware and software GPS devices for the China market, Tang added.

Tang also expects ATrack's profits for 2018 will also grow in proportion with its expanding sales although declines in gross margins for sales in the Middle East and Europe may erode gains of some high market-niche products sold in North America. 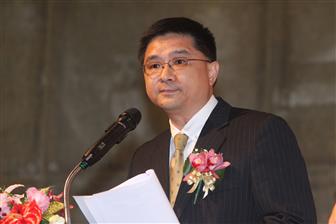